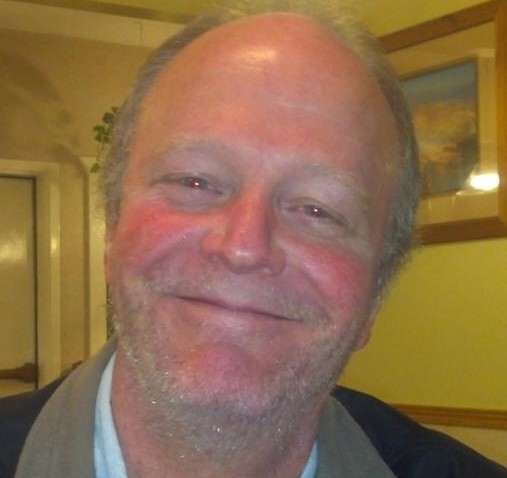 My introduction to motorcycles was while visiting a good friend at about age 8 and his Dad had picked up an old Indian motorcycle … only thing I remember for sure, was the stick shift and a very enjoyable day ‘messing around’ with the bike riding up and down the alley.

By the time I was 17 Dad had ‘invested’ in a couple of farms. One of the tenants we had renting the house on one of the farms had an aqua and white Suzuki GT 750. When I was working out at this farm, I would spend lots of time looking at this bike and as luck would have it, he wanted the ’62 VW ‘Bug’ that I drove, but Dad owned. I ‘made the deal’ trading the car for the bike. Well, of course, when I ‘disclosed’ to Dad what I had done … well, let’s put it this way, I worked the rest of the summer for ‘free’.

I ended up trading the Suzuki for a ’69 Grand Prix which I took to college and in which also courted my lovely wife Leslie. My last year at the University of Wyoming I purchased a red and black Honda CB 900F complete with a sport faring. I thoroughly enjoyed riding the roads and canyons aroundLaramie. We moved toOklahomaand I had a great time riding to and from work and around the state with friends. In ’85 we moved toUtahand Leslie was concerned with the safety risk of riding vs. raising a young family and I ended up traded the bike for a little Mazda PU truck.

Early in ’05 Leslie commented that our youngest would soon be in college and that IF I was interested I could get a bike. At first, after 20 years, I wasn’t too interested … however, I went ‘shopping’ with some friends from work over lunch “the fever” was back! I knew I wanted a touring bike so Les could ride with me and started looking at the ‘prominent’ Gold Wings and Electra Glide Ultra Classics. Then someone asked, “… what about BMW?” What? Do they make motorcycles? We visited the folks (Renn) at BMW of Salt Lake, took the K1200LT for ‘spin’ and I was less than impressed, too doggy … Jamie, then the perspective new owner, was visiting the shop and asked how I was riding it. Recommending I get the RPMs up in the 4-6K range, I thoroughly enjoyed the second test ride. Renn took Les for a ride and took a 45 mph corner at about 80 with no bumps or fuss and then ‘showed’ her how the ABS worked, she was sold. I’ve got about 77K on it now, not to bad having it ‘down’ one summer with a blown engine and sharing the ride with its stable mates. After a Beemer’s club meeting in January of ’07 I joined everyone at Accolade and ended up coming home with a Triumph Rocket III. And then in October of 2011 I introduced these two steads to a new ‘filly’ of a R1200 GSA! I think Leslie has learned about the “monster” she ‘allowed’ re-awaking in the spring of ’05!! What’s NEXT??